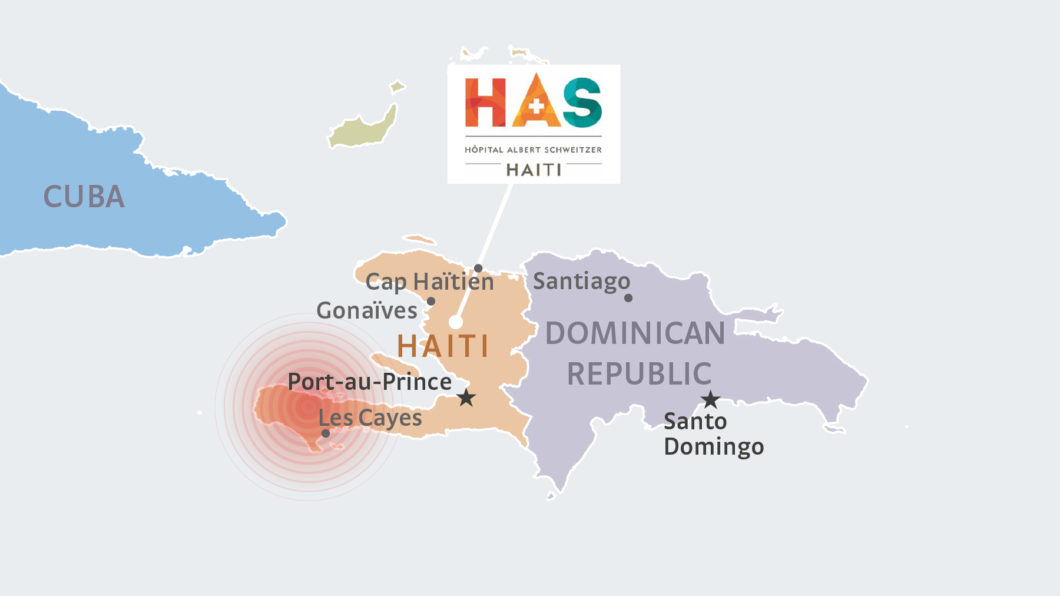 A 7.2 magnitude earthquake and several aftershocks hit Haiti, resulting in massive destruction. The cities of Jérémie and Les Cayes seem to have been particularly affected, with over 1,000 deaths (though the actual number is presumed to be higher). Our care center and the Hôpital Albert Schweitzer (HAS) felt the violent tremors, which shook the entire Artibonite valley. Many patients and employees fled from their beds and homes. As far as we know, all facilities in Deschapelles and the hospitals in the capital Port-au-Prince remained intact.

Due to the political unrest and the associated violent gangs, the situation on the streets is highly dangerous, and important emergency facilities closed their gates several weeks ago for safety reasons.

Immediately after the earthquake, the HAS called upon friendly aid organizations to take part in rescuing the seriously injured. We are also very grateful for the cooperation with Haiti Air Ambulance, with whose help we can transport the seriously injured to the HAS for care. The commitment of the employees on our campus is admirable; like most Haitians, they adapt flexibly to the problems without end. 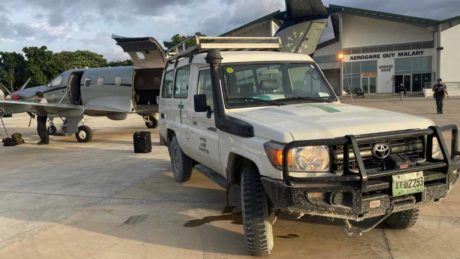 Current status of the earthquake on Monday, August 14, 2021 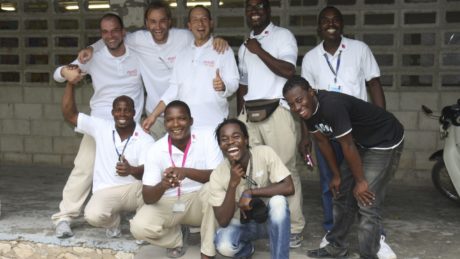 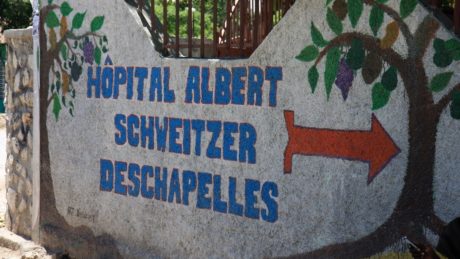 2019 Annual Review: This is what happened 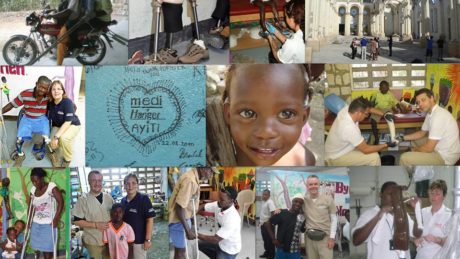 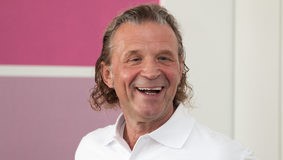